Give us a Call

Send us a Message

Every time I saw her I had new things to report that I had managed to do as my range of movement gradually increased and the pain and stiffness lessened.

Give her a try it could make all the difference to you, as it has done for me.

Read all the news about our company

The Reduction of a Leg: Case Study of Mr H

Mr H was 31 and in the Kuwait army. In 2009 he did a parachute jump, one of many, but made a bad landing on stony ground. There was pain in his right ankle but no fracture just “soft tissue damage” Over time, his right toes, foot, ankle and calf became swollen, then his thigh swelled up. The patient attributes the swelling to the accident.

He had treatment in the Middle East; Physio in Egypt for 1 month – worse afterwards, Physio in Kuwait for 9 months – worse still, then 2 years ago he had 20 days in hospital with compression and legs elevated – swelling increased 4 inches in 20 days!

Over 5 years he was reviewed by 5 consultants both orthopaedic and vascular eventually recommended above knee amputation. He came to London for a second opinion for amputation, hoping for a “yes” to get rid of his pain, but he saw Mr Kyriakides a vascular surgeon who specialised in lymphoedema….

Mr H presented in UK with a painful, grossly swollen leg, swelling from toes up into his flanks. He was virtually wheelchair bound and walking with great difficulty on crutches. He was on warfarin for PE from a possible DVT in the past.

Even though there was NO history of infection, bloods were done just in case and proved negative. A MRI and venogram showed his veins were normal. The Lymphoscintigram was normal to the groin and then showed an ABSENCE of lymphatics on the right side from pelvis to liver. A CT scan of his abdomen and pelvis was done but no obstruction was found.

Figure 1 The Lymphoscintigram showed no nodes above the groin.
Mr Kyriakides’ first, second and third line of attack was physiotherapy. If that failed he would then either debulk or do a lympho-venous bypass linking the veins to the lymphatics in the inguinal nodes. The patient was put on Daflon a flavonoid which anecdotally can help with drainage

When he presented for physiotherapy the skin was very dark and pitted; his lower leg was in a pre-ulcerative state, oozing serous fluid; his knee flexion was barely 30 degrees and he had no ankle or foot movement. The swelling was so bad that I didn’t measure as I didn’t want to dishearten the patient, I didn’t expect to get a result!

So as a physio what were the options? Other treatments have failed. The plan was to use Manual Lymphatic Drainage (MLD), a very gentle massage, which moves lymph and helps drainage and gets the body to find different lymphatic pathways, always started proximally. This was combined with Connective Tissue Manipulation (CTM) to improve blood flow and keep the lymphatics open longer. Compression would be incorporated when and if tolerated by the patient.

The first treatment was on 1st October 2013 when he had MLD and CTM to the whole thigh. At the end of the session he was pain free with 70 degrees of knee flexion. However the pain was worse later that evening and the patient was awake all night – not ideal! So now what? I decided less is better. Two days later I only treated 3-4 inches of the proximal thigh into the groin with MLD and minimal CTM. He was again pain free after treatment but had much less pain that night and the leg felt softer. A week later after the same minimal treatment the knee was much softer and the patient was able to sit with his knee at 90 degrees.

Over the next week we gradually increased the area of treatment into the medial thigh. The treatment was patient led and was only as far as was comfortable. If the circulation increased too fast it provoked pain in the leg.
We were able to introduce some compression with a stocking and had to prescribe a smaller size later during treatment.

The initial figures on the graph were the measurements taken in Kuwait before the patient came to London. It is assumed that the reduction in thigh girth was not linear but mimicked the fall in the calf later in the graph. It is logical to assume that there was reduction higher up prior to loss of mass lower down as happens in the lower leg in January and February.

Treatment with MLD and CTM is not a one size fits all therapy; it needs to be tailored to the individual patient and proceed at the patient’s pace. Augmenting MLD with CTM allows a small amount of MLD to continue to have a beneficial effect between treatments.
The Result
Mr H arrived in England in a wheelchair wanting an amputation, he walked out of the treatment room carrying a walking stick and grinning! I received a text from his wife saying he is maintaining the improvements and wants to set up a fish and chip shop in Kuwait! 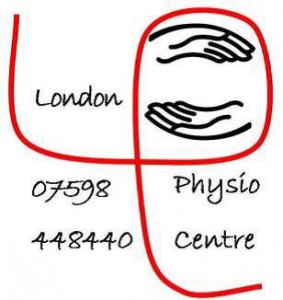